Re-thinking CAD for the next generation 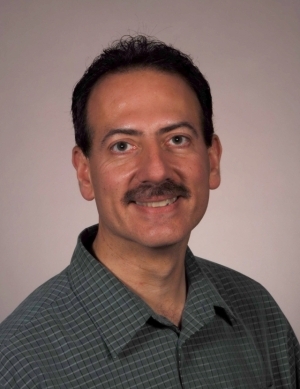 Practically all of us have grown up with books and movies suggesting that computers will “evolve” to become much more “intelligent” in the near future, whether it was the HAL 9000 in 2001: A Space Odyssey (1968) asserting, “I am putting myself to the fullest possible use, which is all I think that any conscious entity can ever hope to do;” C-3PO’s riposte to R2-D2 in Star Wars: A New Hope, “Don’t call me a mindless philosopher, you overweight glob of grease;” or Samantha in Her (2013) explaining, “I can understand how the limited perspective of an unartificial mind might perceive it that way. You’ll get used to it.”

Similarly, we in diagnostic imaging have become accustomed to hearing that CADe (Computer Aided Detection) and CADx (Computer Aided Diagnosis) either have arrived or are just around the corner. These algorithms have been utilized for more than two decades and research about their efficacy has been tantalizing. One well-known example is a 1994 paper published in Radiology that found 100 percent sensitivity and 82 percent specificity in the detection of speculated breast masses.

However, radiologist’s perception of the value of CAD in use today is disappointingly low. A 2013 SPIE Medical Imaging session and another this year underscored the chasm between the promise of this technology and literally thousands of papers and algorithms focused on CAD applications and the perception by radiologists that CAD provides minimal value in either detection or diagnosis. A colleague and I recently surveyed members of the Society of Breast Imaging as well as readers of a Diagnostic Imaging news magazine and found that despite the high penetration of CAD, only 2 percent of respondents indicated that they always rely on CAD and approximately 50 percent indicated that they rarely or never rely on CAD for the diagnosis of breast cancer. This high level of skepticism among actual routine users of CAD exists despite a high penetration of the technology in clinical practice that is undoubtedly related to reimbursement from payors such as the Centers for Medicare and Medicaid Services.

This brings into question whether CAD software that exists today can actually provide value to our clinical practice of radiology. A review of the literature strongly suggests that detection of abnormalities can indeed benefit significantly from CAD, not only for detection of breast micro-calcifications and breast masses, but in a wide variety of other areas that involve detection and diagnosis of abnormalities such as lung nodules on digital “X-ray” and CT, colon polyps for virtual colonoscopy, subarachnoid hemorrhage on head CT, coronary artery disease, and many others. There is less literature in support of the second potential benefit associated with CAD, which is improved efficiency or faster diagnostic throughput. CAD programs today are typically “one size fits all.” However, when applying the concepts of Big Data and Personalized Medicine, it is now possible to utilize data from large numbers of patients enrolled in clinical trials or to use hospital image databases to create an a priori likelihood of disease.
1(current)
2