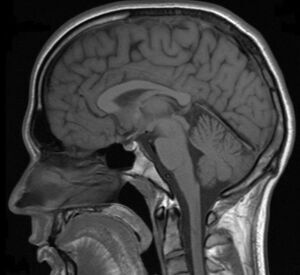 Much is known about the risks of gadolinium contrast medium on patients with kidney disease, but a new study confirms it could also be linked with brain abnormalities on MRI.

Researchers in Tokyo did further studies and found that the hyperintensity of these certain brain regions correlated with the number of gadolinium scans the patient had.

"Because gadolinium has high signal intensity in the body, our data may suggest the fact that the toxic gadolinium remain in the body for a long time, even in the normal renal function patient," said lead author Dr. Tomonori Kanda from Teikyo University School of Medicine in Tokyo and the Hyogo Cancer Center in Akashi, Japan.

Although little is yet known about hyperintensity, it has been associated with multiple sclerosis and several other diseases in these certain areas of the brain where it showed up in the study.

Gadolinium contrast medium is used to enhance MRI scans so that any abnormalities can be better detected. But to make it less toxic to patients, it's chemically bonded with a non-metal ion so that it can be carried through the kidneys and out of the body. This is why it is not considered safe for patients who have renal failure.

Kanda notes that there is no proof, however, that the hyperintensity is actually caused by the gadolinium. The results could also be obscured by the fact that patients who have multiple MRI scans with contrast have more diseases.

He said they will need to do more research to see if patients with hyperintensity had symptoms or not; if hyperintensity on MRI is caused by gadolium; and if an alternative type of gadolinium contrast — the macrocyclic type — can prevent MRI hyperintensity. Patients in this study only received the non-macrocyclic contrast.