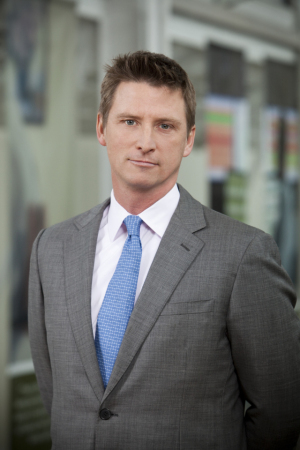 Jonathan Bush,
CEO of the athenahealth
Jonathan Bush, CEO of the athenahealth, a cloud-based electronic health record provider, is proud of the fact that his company was able to step in during the recent government shutdown for the furloughed staff at the CDC to keep tabs on disease trends across the country. His reason: athenahealth is a cloud-based service. Bush, who is also the cousin of former President George W. Bush and is known for being very candid and outspoken, started athenahealth in 1997 as a women's health practice management company but quickly moved into the health IT space with cloud-based billing, EHR, and practice management services. He spoke with DOTmed News about migrating to the cloud and some of the ways he hopes athenahealth can fix the problems of health care.

DMN: What are the main criticisms you have of traditional EHRs that are used in the majority of practices today?

JB: My main criticism would be the same as we hear from caregivers. EHRs are slow, stupid and silo-ed. Rather than live up to the promise of delivering better care more efficiently, too many EHRs slow down physicians when being hobbled and distracted is the last thing they need. And all the shiny bells and whistles are too often sugar frosting on a turd. The underlying tool is not well designed and perpetually unable to make the simplest connections that allow health information to be accessed and applied where it's needed next.

DMN: athenahealth's EHR is cloud-based. Is this where EHRs are headed? Why?

JB: If that's not where we're headed you better tell me now because my team and I are building the nation's health information backbone. It would be very embarrassing to be the guy who constructed an electronic bridge to nowhere after being so obnoxious for all these years.

DMN: What do you think the biggest obstacle facing providers is today when it comes to EHRs?

JB: Crappy software has led to problems, not solutions, and given a promising technology a bad name. Why would anyone want to spend thousands and thousands of dollars knowing in the back of their mind there's a voice whispering "You may have bought the wrong one?" The "solution", in whatever manner it's delivered, should allow the physician to be a physician and not someone pressed into a data entry role or forced to fuss around with Meaningful Use when all he or she really wants to do is help people get better.

DMN: If there was one piece of advice you wanted to give a hospital or health system looking to buy an EHR, what would it be?

JB: Go to the cloud. Do you really want to be the last hospital or health system in the U.S. that spent millions of dollars and thousands of hours of everyone's time to install an information system that's obsolete by the time you're ready to press the 'on' button? Who does that?
1(current)
2