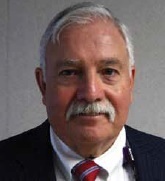 From the September 2013 issue of HealthCare Business News magazine

Parkland Hospital is one of the biggest hospital construction projects in the country. We chatted with Lou Saksen about what makes the site so special besides its size, and what Dallas-area patients can expect when its doors open at the end of 2014.

DMBN: Tell me a little about your background.
Lou Saksen: I actually began in this business in 1974, at the Medical College of Virginia, working on academic buildings as well as medical buildings. I did 947 beds at medical college of Virginia, then I went to New York to Columbia Presbyterian, and I did their replacement hospital, for $850 million, as well as a community hospital. After that I got recruited from Columbia to Stanford. When I was at Stanford I also built a 150 bed in the Philippines, and that cost about $300 million, and then I went to El Paso Medical Center. I was only there 9 months before I got recruited to Parkland. So I’ve done a good number of hospitals.

DMBN: How did the idea for this new hospital come about?
LS: I think the process began really back in 2000. The real official thing is that Parkland had done an assessment of their existing facility and decided that it would not suit modern health care going forward. The initial project cost is just under $650 million — that’s the construction cost of the new hospital and the site work that goes with it. We then hit the street in the fall of 2010 with the design development drawings. It was an absolutely perfect time to be in the market. At that time, there was very little construction activity in Dallas. We got great prices with some of the finest contractors in town. We had a ground breaking ceremony in October 2010. That’s when we started the site work.

DMBN: What are the next steps for the hospital?
LS: We will get a certificate of occupancy in August of 2014, and right now the plan is to have the move completed by May 1 of 2015. Then there’s an operational inspection, and those are the people who come in and check the nursing units, make sure they’re stocked with linens, with supplies — they’re really the operations inspection. Once we get that, we start the process of familiarizing the staff and orienting the staff to the new building. There’s a bridge connecting the old campus to the new campus that should be operational by March 2015, and we’ll use that bridge to transport somewhere in the neighborhood of 700 to 720 patients over to the new hospital.

DMBN: You have a lot on your website about the importance of the hospital being “patient-centered.” What does that mean to you?
LS: Patient-centered is a term used in the architectural profession based on research that’s been going on for the last 20 years, that the building can impact patient care. It can reduce length of stay, reduce the perception of pain, reduce readmission and it can also improve the well-being of the staff. A lot of it has to do with views and natural light and the ability to keep the hospital quiet. The first patient-centered decision we made was to provide all single rooms with private bathrooms, with room for loved ones to spend the night. It’s about 260 square feet not including the bathroom. For the colors in the room we used indigenous, natural colors to Texas. Also, when a visitor comes into the hospital, they only have one door they can come in. People who come in the hospital are upset, and getting lost does not help their stress level. We honestly believe that people will not get lost in our new hospital.

DMBN: What else makes this hospital more “modern”?
LS: I think we set out for a goal of making it silver LEED, which is a national organization that rates how energy efficient and environmentally friendly a building is. We incorporated lots of energy conservation ideas into the mechanical and electrical systems. We’ve just been designated LEED gold on the parking deck. It’s an eight floor parking garage that generates its own electricity.

Click here to see the pictorial for Parkland Hospital