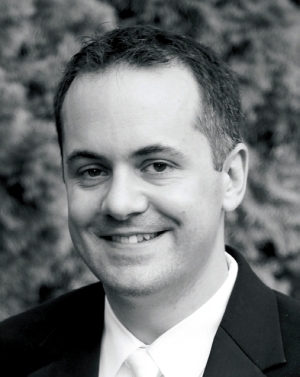 As we close in on Nov. 6, I find myself thinking back to one of my earliest assignments here at DOTmed Business News. I had just come on board as editor and there was a looming election between a guy named Barack Obama and another named John McCain. It was my task to try and figure out how the health care landscape would change with the election of one or the other. Of course, four years ago, Americans weren't yet fully convinced the country was in a total economic mess, so other topics could be covered at length by both candidates. We heard much more then about combating illegal immigration, withdrawing from Iraq, ways to alleviate the energy crisis and of course, ways to handle an overburdened and bloated health care system.

Every paper, magazine or Internet news site weighed in on what the candidates were bringing to the table for health care reform. Depending who you asked, either Obama or McCain would be health care's savior or its doom. Four years later, both sides are proven wrong. Or maybe one will be proven right; we just have to wait for the end game to play out. What we do know with certainty and what nearly everyone can agree on no matter their political affiliations, is that our health care system four years ago was failing and it was all just a matter of time before it collapsed. Was Obama's plan the best approach? Even after researching both plans extensively, I don't know. I do know that someone had to push for a change though. With a plan that was guaranteed to fail, the biggest failure by leadership would have been to do nothing. So today, we have something. Will we have the same "something" this time next year? If Obama is reelected, will he push further into health care reform, or will he shelve it and concentrate on the state of the economy? If Romney is in, will he look to beat up the health care sector to get the economy back on track or will it be too soon to attack it? Will he be focusing on other areas for economic reform and budget cuts instead? Chances are, the economy and the Affordable Care Act will be on every health provider's mind going into the election.

I know since my start at DOTmed, so many of the professionals we've interviewed have identified two major forces impacting their business: the economy and health care reform. At least one sector in health care seems to be bucking the trend to some extent - health IT continues to grow. Basically, any technology that promises a quick return on investment has a chance to do big business (see our story about RTLS on page 40 and our med tech mergers and acquisitions story on page 43 for more on that).

Generally however, hospitals and medical facilities have adopted a "wait and see" approach regarding the Affordable Care Act. I'm curious to see how long that approach will hold. If Romney ends up in office, I'd imagine the uncertainty will be maintained. If Obama returns, maybe there will be some comfort in the assurance that health care reform as we currently know it should remain in place for at least four more years. I'll check back in with you for another discussion on this in October 2016.