Patient care: "Believe in the Lactate" 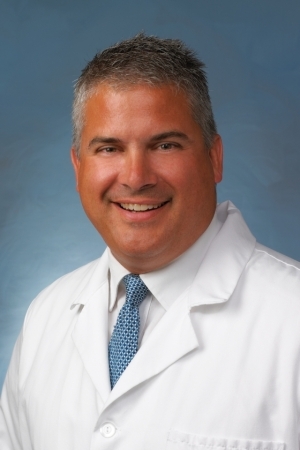 From the July 2012 issue of HealthCare Business News magazine

Many people would be surprised to learn that sepsis is the tenth leading cause of death in the United States – even topping heart disease. Many may not even know what it is — an infection that reaches the bloodstream. Severe sepsis is a systemic blood infection that can cause a patient’s death within 24 hours if not properly treated. Sometimes patients arrive at the hospital with the infection; sometimes they acquire it during their stay. Regardless, action must be swift and targeted in order to save a life.

One day, I was galvanized into action when a patient died of sepsis in our Emergency Department (ED). From that day, Peninsula Regional Medical Center (PRMC) made the early detection and treatment of the infection a formal quality initiative. As a result, PRMC decided to join the Institute for Healthcare Improvement’s (IHI) project of improving treatment by participating in the global Surviving Sepsis Campaign.

We established a multidisciplinary Severe Sepsis team and engaged our health IT department in the project. Team members analyzed our sepsis treatment and found that antibiotics, blood cultures, volume resuscitation or central lines sometimes were not applied in the optimum accelerated timeline. Patients that “looked well” might be placed on medical units instead of receiving intensive care. We presented our data as well as the evidence from IHI to the ICU and ED directors. With the evidence in hand, they joined the effort.

Using our health IT tools, we developed a single process for addressing sepsis. The process leveraged our health IT solutions for computerized physician order entry, clinical documentation, bedside medication administration, laboratory, pharmacy and alerts. Using IHI’s Guidelines for the Surviving Sepsis Campaign, we implemented decision support for any lactate value equal to or greater than 4.0. We established the protocol as a “CODE SEPSIS” in the ED.

When a patient’s lab result shows an elevated lactate value, the system sends an alert to the team. The alert advises that the patient has an elevated value, which requires immediate treatment with broad-spectrum antibiotics. The team can log into the hospital’s physician portal from wherever they are and concurrently review the patient’s treatment. We can assess whether antibiotics have been given and when they were started-- a critical piece of data for fighting sepsis. We can also review the physician’s notes.
1(current)
2