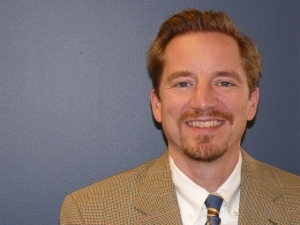 Dave Fisher,
executive director of MITA
In the run up to the Nov. 23 deficit reduction deadline, the Medical Imaging & Technology Alliance, a lobby for medical imaging equipment manufactures, is concerned about repercussions from the congressional "super committee's" proposed medical imaging cuts.

Although $1.2 - 1.5 trillion must be sliced off the national budget, this would be the eighth instance in six years that medical imaging funds have felt the chop. Reimbursements for many imaging procedures have substantially deteriorated over the years, according to Dave Fisher, executive director of MITA. And this is not only affecting the medical imaging technology industry, but also the patients.

"Because imaging reimbursements have declined precipitously, the market for imaging products has also declined and as a result, new technologies are not reaching patients as quickly as they could," said Fisher. "Medical imaging is now one of the slowest growing components of the Medicare Physician Fee Schedule."

Medical imaging developments "changed the face of clinical medicine" during the last millennium, reported The New England Journal of Medicine. However, 2009 marked the first drop in Medicare advanced imaging volumes in eleven years, according to a recent report released by the Access to Medical Imaging Coalition and conducted by The Moran Group. In that same time period, Medicare spending on advanced imaging increased by 1.2 percent, compared with a 2.6 percent growth for all Medicare physician-provided services. The report noted that a 0.1 percent drop in volumes for advanced procedures is coupled with a 7.1 percent volume decline for all imaging -- this is due, in part, to cuts.

Medical imaging cuts threaten access to early detection of cancers and heart disease, taking the devices away from physicians who depend on them to diagnose and treat patients. Furthermore, the medical imaging industry's life-saving technologies support thousands of middle-class American jobs, according to a Powell Tate press release. These jobs could be negatively impacted by the proposed cuts.

In light of these downward trends, current law assumes advanced diagnostic imaging equipment is utilized 75 percent of the workweek, with payments priced accordingly. The proposal's aim is to reduce Medicare payments by increasing this assumption to 80 percent in 2012 and 90 percent in 2013. Fisher believes the super committee's logic lies with recalling growth rates in imaging reimbursements from the early part of the last decade.

"Policymakers are not factoring in flat or declining growth rates in recent years," he said.

Countless advocates agree that ramifications for these medical imaging cuts are daunting, including 22 patient and provider groups and ten members of Congress.

"We are already seeing changes in the medical imaging marketplace," said Fisher. "Additional cuts will only exacerbate that problem."