Letter from the editor: The cure for cancer 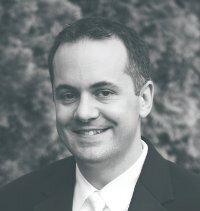 First, welcome to our annual RSNA issue. This issue is packed full of more info about exhibitors and products being showcased than any previously.

Second, I'd like to explain the title of this month's letter. A few weekends ago, my cell phone was on the fritz and when it kicked back into service late Sunday night, I was bombarded with text messages that had been queuing from friends. I also saw one from a colleague, sent at 12:30 a.m. Saturday. The message read, "The news is reporting on a cure for cancer, why haven't we covered this? Can you get something online right now?"

I'm not so connected to television and online on the weekends, so there was a possibility I missed one of the biggest stories of the year. So, I jumped online and looked . . . and looked. There wasn't anyone else covering this. On Monday, when I asked my co-worker about his text, he admitted he had jumped the gun - FOX News was grossly exaggerating and there really wasn't a story. Even though putting a blanket cure over the different forms of cancer seems highly unlikely, it got me to thinking exactly what a cure like that would mean. I'm at a loss to think of any other major step forward, with maybe the exception of finding a feasible alternative to fossil fuels that has greater potential to shift a major industry.

From business to health care providers, the impact would be incredible. For some, it would be a boon. Likely, some pharmaceutical giant would hit a big payday. On the opposite side of the spectrum, hospitals would be left holding expensive equipment that would never pay off. Manufacturers would have to shift gears and figure out the next big thing, medical professionals would have to head back to school and some charities would need to figure out if they wanted to find another battle to fight or acknowledge a mission accomplished and dissolve.

Even with a change of that magnitude, do I think the shakeup would be worth it? Absolutely. Do I think I'll be getting a legitimate late night text telling me I'm missing one of the biggest stories of my lifetime in the near future? Unfortunately, I believe the answer is no. But that won't stop me from hoping.

My visit to Russia while things are changing

Australian fires and their impact on healthcare