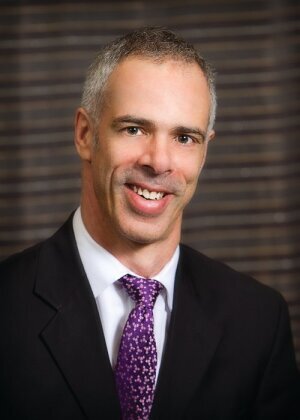 Current chair and immediate past president of the American Society for Radiation Oncology, Anthony Zietman, M.D., recently spoke with DOTmed News about the society’s goals and accomplishments, challenges oncology faces and the differences between U.S. and British health care policies.

DMBN: Dr. Zietman, what attracted you to a career in medicine?

Zietman: If I’m being honest, I believe we’re just leaves in the wind. In Britain where I trained, you go to medical school at 18. Here, you go as an adult and it’s an informed position. You’re good in science and you’re good in math . . . why not go into medicine? I was interested in medicine, but also in politics. I had a notion in my head that I was going to be Prime Minister – 250 people in my class also had that thought – one actually did. 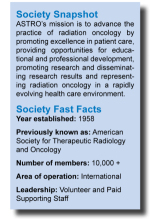 So, I altered my course. That’s another difference – we qualify as doctors at 22 or 23, so we do a lot of residency. So I had five years in medical and radiation oncology. When I came to the U.S. in 1986, primarily to do research, I had to choose and I chose radiation oncology because I thought I could cure more people.


DMBN: Having the background in Britain and years practicing in the U.S., can you explain some of the differences in the health care systems?

Zietman: The National Health Services in Britain were set up in 1947 by a government that did not want to return to how things were before the war. There was a feeling; you had to do right by these people. The Labor government established a national health service over the protests of the doctors. Now, it has become a point of pride in England that everyone is covered. There are no cashiers in hospitals – money isn’t even discussed. The waiting list could be substantial, but it was fair. Today, no British government would dismantle it — it would be political suicide.

Equally when I came to the states, I enjoyed the lavish facilities. I enjoyed not having waiting lists. The system could soak up whatever came its way. If it was more demand than could be met, they hired more doctors or established more hospitals. It could react rapidly to demand and bring in high-tech technology quickly. There was also of course, enormous innovation.
1(current)
2
3