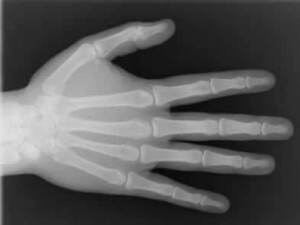 Alivio Medical Center has been a lifeline to the predominately Latino Pilsen and Little Village communities of southwest Chicago for more than two decades. The community health center offers an impressive range of services to the more than 20,000 patients who come through one of its five locations on an annual basis. The facility’s equipped with a pharmacy and a diagnostic lab but like two-thirds of the world, it lacks an X-ray system. When patients need an X-ray exam, Alivio sends them to local area emergency departments.

But that’s about to change, thanks to the World Health Imaging, Telemedicine & Informatics Alliance, a nonprofit diagnostic medical imaging solutions provider that leverages partnerships to bring diagnostic imaging tools to underserved communities.

“Alivio will be getting a digital X-ray system installed in early March and they will be connected to one of their hospital partners for the X-ray interpretation,” says Ivy Walker, the nonprofit’s CEO. “That hospital partner will also provide support for cases they can’t handle onsite at Alivio.”

The X-ray installation at Alivio Medical Center marks the launch of WHITIA’s Healthy Communities Initiative in the United States. HCI strives to bring digital X-ray and telemedicine systems to urban and rural community health centers throughout the country.

In 2009, WHITIA changed its name from the World Health Imaging Alliance to reflect the expansion of its mission. The organization broadened its focus from just providing X-ray technology to also securing health informatics and connecting trained imaging staff with facilities in need.

Until recently, WHITIA focused its efforts on underserved communities overseas. One day, while Walker was talking about the organization’s work at a meeting, someone pointed out that many Americans face the same barriers to X-ray services as many people in developing countries. “That struck me with being quite at odds with what we would normally think of as health care in the United States,” says Walker. “We started to do some research and began to meet with community health centers. Many of the issues they were articulating were on par with the very things I would hear sitting down with the health minister in Guatemala.”

To broaden access to X-ray services, WHITIA collaborates with different organizations to help facilities with needs assessment, solution sourcing, fundraising, installation, training and ongoing support. For instance, the nonprofit partners with academic institutions to carry out site assessments and equipment manufacturers to secure the technology. WHITIA works with foundations and philanthropic individuals to obtain funding for the projects.
1(current)
2

To improve care, a nonprofit ensures the longevity of medical equipment