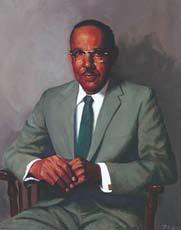 Once the industrial age kicked into high gear, society began to regularly encounter some diseases and ailments that had either never existed or had been relatively rare. Some illnesses troubled just those working in the factory handling substances that would later prove to be unsafe or even deadly. Unfortunately, the problem extended beyond factory walls as chemicals, heavy metals and other pollutants seeped into the soil, drained into water sources and escaped into the air. One troubling disease that may have experienced an uptick from those troubles was “blue baby” syndrome.

The medical term for the disease is tetralogy of Fallot, a congenital heart malformation that prevents the blood from carrying enough oxygen through the body, but the physical manifestation — the blue-tinged skin exhibited by a child struck with the disease — was generally descriptive enough for the public. The true cause of the disease is still up for debate, but theories pushing heredity and environmental factors both have strong supporters.

Regardless of the cause, medical professionals did agree that the disease resulted in life-threatening damage to the heart with a hole between the heart’s ventricles, enlargement of a ventricle and damage to a heart valve.

Blue babies had no choice but to live an abbreviated or physically limited life with the disease until medical history took place Nov. 29, 1944 at Johns Hopkins Hospital after Dr. Helen Taussig brought the problem to the attention of Dr. Alfred Blalock.

Extensive research led up to this point. Without the help of surgical research technician Vivien Thomas, the knowledge Blalock needed would have been years away.

Thomas had recreated heart anomalies in more than 200 dogs and these dogs then underwent operations to implant shunts to bypass and thereby attempt to correct the problem. Anna, a dog that became one of the first long-term survivors of the operation became a sort of mascot for the hospital, living in the lab, having her picture taken by multiple news outlets and experiencing another first – she was the only dog to have her portrait painted and hung in the halls of Johns Hopkins.

Unfortunately, even though Thomas had performed the operation on hundreds of dogs with increasing degrees of success, the color of the baby wasn’t the only issue to play a factor in the case. Even with Thomas’ impressive talent, the fact that he was black meant white surgeon Blalock would perform the operation on 18-month-old Eileen Saxon.
1(current)
2