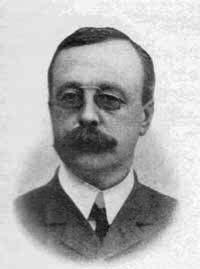 More than a century has passed since a broken heart could be treated by more than just sharing a sad story with the neighborhood barkeep. This month’s installment actually is a bit of a double-dip since two major milestones were reached in heart health one year apart, almost to the day. 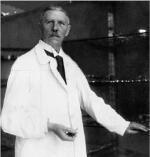 The month of the surgeries wasn’t the only similarities between the events. Both surgeries were attempted in order to repair damage done by stabbings. Whether the stabbings followed an argument between jealous rivals for a lady’s affection isn’t clear.

What is clear is the fact that Norwegian surgeon Axel Cappelen became the first person to perform surgery on a part of the heart when, on September 4, 1895, he operated on a 24-year-old man who arrived with a stab wound that had damaged his left ventricle. Cappelen sutured the damaged heart and the patient emerged from the deep shock he had been in since arrival. His unlikely recovery seemed well on its way within the first 24 hours post-op, but the patient took a turn for the worse and three days after the operation he died from pericarditis (inflammation of the sac surrounding the heart). According to the autopsy, the inflammation was caused by an infection of gram-positive diplococci.

It’s not surprising that an infection led to the patient’s demise. Antiseptics had only been introduced by Joseph Lister a few decades before, but penicillin was still decades away from discovery. What is surprising is that the patient survived even those few days. Cappelen had to perform an operation with fewdocumented precedents and without an anesthesiologist, X-rays and of course, no heart-lung machines.

Still, it would take only one year for Cappelen’s near-success to be eclipsed by Dr. Ludwig Rehn of Germany. On Sept. 7, 1896, 22-year-old Wilhelm Justus arrived at Rehn’s hospital, again the victim of a stabbing. Justus had been walking in a park when the attack occurred. The stabbing left him with damage to the right ventricle.

Rehn had been traveling and didn’t learn of the case until his return to the hospital two days later. By that time, Justus was fading fast and his prognosis without any action being taken was definitely bleak. Rehn, believing there was no other choice, made the decision to attempt to perform what had never been done before – a successful heart surgery. Because the procedure had rarely been attempted before, there wasn’t specialized equipment available. The success or failure of the operation depended on Rehn’s skills and a bit of luck. Even though the doctor was a skilled surgeon, he was wary of exposing the young man’s heart. The small incision contributed to surgical difficulties, with the right ventricle disappearing under the sternum repeatedly during the operation. Still, the operation concluded successfully with Rehn placing three neat silk sutures in the right ventricle to close the wound.
1(current)
2