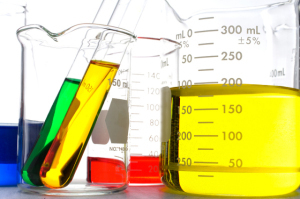 In the deals inked last week, BioMedica Life Sciences S.A acquired rights to market and sell the drug throughout Europe, the Middle East, North Africa, Russia and Turkey for the next 10 years. The Athens, Ga.-based biotech company will also be responsible for finishing European clinical trials and getting the unapproved drug past regulatory boards.

Molecular Insight, out of Cambridge, Mass., also struck a decade-long deal with Ekert & Ziegeler, a German company, to manufacture Onalta for BioMedica.

Martin Reynolds, a spokesman for Molecular Insights, tells DOTmed News the deal, for which financials have not been disclosed, is part of his company's overall development strategy.

"Our perspective on the agreement is it's going to help us advance our therapy into pivotal trials," he says. "It represents near-term revenue generated to us and longer-term value from revenues generated from the approved product."

Molecular Insight retains rights for other regions, including the U.S. and most of Asia.

The drug in question is a radiotherapuetic agent designed to treat vicious neuroendocrine cancers, called carcinoids, that generally have a poor prognosis, especially when they have metastasized and traveled to the liver. By that point, according to Molecular Insight, fewer than one-third of patients can be expected to recover over the next five years.

Originally licensed from Novartis, Onalta is the brand name for yttrium-90 radiolabeled edotreotide. It works by attaching to carcinoid tumors that have receptors for a hormone, somatostatin, used in endocrine regulation.

Or, as Reynolds sums it up, "[Onalta] allows you to selectively deliver lethal radiation to cancer cells."

So far, around 300 patients have participated in early trials of the drug, according to Molecular Insight, and a European regulatory body recently approved plans for Phase 3 trials.

Both the FDA and the European Medicines Agency have classified Onalta as an "orphan drug," meaning it targets an uncommon disease. This designation, intended to promote research on ways to treat rare diseases, gives developers certain privileges and usually faster development times.