Last September, a study published in the journal, Circulation: Cardiovascular Imaging, reported that analysis of cardiac MR scans using automated machine learning was significantly faster and had comparable accuracy to human interpretation by trained cardiologists. In other words, an AI algorithm could read a cardiac MR in four seconds!

It is no surprise that cardiovascular magnetic resonance (CMR) has emerged as the new gold standard to diagnose many cardiac diseases. Multiple studies have shown that CMR is superior in its ability to evaluate cardiovascular structure and function, and to quantitatively assess blood flow and perfusion without the use of radiation or the need for invasive catheterization.

So why does cardiac MR only account for 8% of cardiac scans? The problem is the actual CMR scan itself is very complex, takes a lot of time, and a very high level of skill to even perform.

What will it take for this best-in-class, lifesaving diagnostic technology to leave the few ivory towers where it currently resides and become ubiquitous? How do we ensure that if a patient needs a CMR, she will get a CMR, regardless of location or cost? In other words, how do we democratize this technology and bring CMR for All?

By some estimates, creating diagnostic-quality CMR images requires up to 300 different runtime decisions to perfect the signal output. To make these decisions, the MR technicians executing the exams must be well-versed in the anatomy of the heart, as well as in the physics of the machines.

This complexity begets three key challenges that together explain the scarcity of CMRs, despite its obvious diagnostic superiority. First, hiring, training, and retaining these highly paid CMR technicians is a daunting task. One estimate, from a leading U.S. cardiology center, estimated that training a $200k/year salaried technician takes 1.5 years, assuming you can even find one to train. Second, even trained technicians need up to 90 minutes to perform a single CMR exam. Beyond the obvious patient discomfort of a lengthy MR exam, it can also be cost prohibitive to tie up the scanner and put off MR exams for other patients needing shorter scans. Third, given the massive variability when performing these exams, image inconsistency can make interpretation difficult.

The solution to CMR’s inherent complexity lies in automating the machine operation. The benefits of harnessing the power of AI to control and run the machine are clear: the software will be able to localize the heart and prescribe the standard views in mere seconds; a well-trained machine learning algorithm will produce consistent and reliable results; neural networks will review the quality of images in real time, identify artifacts, and reacquire images all on its own. 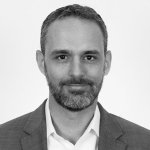 Itamar Kandel
The groundswell of data supporting CMR as the best-in-class diagnostic tool is irrefutable. The rumor mill suggests that the American Heart Association is poised to release new guidelines making CMR a Class 1 indication for ischemic heart conditions, which will turbocharge CMR demand even further. It’s no longer a matter of if, but when self-driving MR systems, and assisted-AI technology will bring the power of CMR imaging technology to all. AI-assisted CMRs will change the future of cardiology.

About the author: Itamar Kandel is the CEO of HeartVista.