Dedication to patient care, education, research promotion and fostering technologic innovations are all elements of RSNA's strategic plan, which Bisset aims to uphold in his new role.

"In my role as president, I have several pressing goals for the coming year," said Bisset, chief of pediatric radiology at Texas Children's Hospital and Edward B. Singleton Professor of Radiology at Houston's Baylor College of Medicine, in a statement. "We will carefully focus on our newly redesigned strategic plan and, in a continuing quest to enhance member benefits, we will seek to provide more opportunities for interactive and point-of-service education," he noted.

During his career, Bisset has been an active member of various medical organizations and societies, including the American Board of Radiology, where he served as a Trustee; the American College of Radiology, which granted him the Distinguished Committee Service Award; and the Society for Pediatric Radiology, of which he has served on the board of directors and was awarded the bronze medal and John Caffey Award. 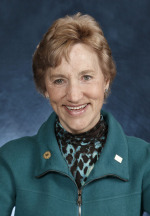 Of her new appointment and RSNA, Donaldson said it is imperative the Society fosters the development of new technologies, educational opportunities and facilitate informatics strategies to improve efficiency and effectiveness of care delivery.

"I look forward to carrying out the Society's new strategic plan, which encompasses all these initiatives and lays a strong foundation for the practice of patient-centered radiology," said Donaldson in a statement. 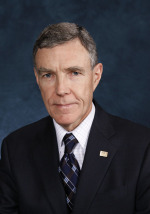 As chairman of the board, Dunnick will aid in implementing and developing programs and tools to translate research discoveries into clinical practice and enable focused learning and rapid information retrieval.

"As the pace of change in the health care environment quickens, the challenges to maintaining our intellectual leadership in medical imaging increase," he said in a statement. "Radiologists must take leadership roles in helping to improve the efficiency of health care, while enhancing the quality of the care we deliver."

Dunnick is the Fred Jenner Hodges Professor and chair of the Department of Radiology at the University of Michigan Health system in Ann Arbor, Mich.

Awards Dunnick has received include the William F. Barry Jr. Award for Teaching Excellence from Duke University; the Gold Medal for Distinguished Services from the Academy of Radiology Research; the Gold Medal from the Society of Uroradiology. He was named honorary member of ASTRO and has been named on "The Best Doctors in America" list eight times.