by Diana Bradley, Staff Writer
The Radiological Society of North America's Board of Directors unanimously approved and awarded RSNA Gold Medals to doctors Robert Hattery, Bruce Hillman and Herbert Kressel for their exemplary services to the science of radiology, Tuesday.

Phoenix, Ariz.-born winner Hattery's career has been devoted to imaging the genitourinary tract, with emphasis on CT, CT urography, ultrasonography and contrast agents; along with quality improvement, board certification and professionalism. The majority of his academic career took place at the Mayo Clinic, Mayo Medical School and Mayo Graduate School of Medicine in Rochester, Minn. He was named chair of the Department of Diagnostic Radiology, Chair of the Mayo Clinic Board of Governors, Mayo's Teacher of the Year (2002), 2006 RSNA president, president of the Society of Computed Tomography, the Society of Uroradiology and the American Board of Radiology. Hattery spearheaded the certification initiative's maintenance and improved working conditions and educational experiences of residents as ABR president.

"Bob Hattery represents a role model for those academic radiologists who aspire to be a 'quadruple threat,' exhibiting excellence in education, research, clinical care and administration," 2011 RSNA president Burton Drayer, M.D. said in a statement. 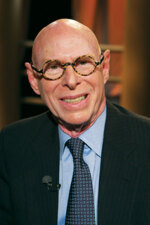 According to Drayer, winner Hillman could be awarded multiple RSNA Gold Medals for his careers as chairman, editor, author, patient-centered innovative researcher and radiology statesman.

"RSNA has given me numerous opportunities to serve our specialty - particularly helping to develop young researchers - that have been unusually rewarding and have greatly enriched my career," Hillman said in a statement. 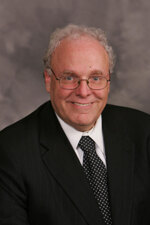 Winner Kressel led the way with bringing MR imaging into radiology practice over 25 years ago; he holds a U.S. patent for the externally movable intracavity probe fir MR imaging and spectroscopy.

"RSNA has served as a beacon of scientific and educational excellence over the many years of my professional career," Kressel said in a statement. " I am honored to receive the RSNA Gold Medal in recognition of my contributions."

Before his current roles st Beth Israel Hospital and Harvard in 1993, Kressel was chief of the MR imaging section of the Hospital of the University of Pennsylvania's Department of Radiology; and chief medical officer, president and CEO of Beth Israel Deaconess Medical Center. He is currently using his skills to take the journal Radiology into the online age of the 21st century.

RSNA's Gold Medals have been awarded annually since 1919.